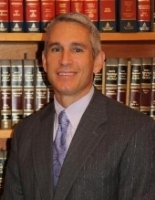 Attorney William F. Riddle
Is a long-time resident of Cecil County, Maryland, Attorney William Riddle is proud to protect the rights of Cecil County residents. Will was raised in Cecil County and attended West Nottingham Academy.Will is a graduate of the University of Maryland where he received a BS in Accounting, and a Juris Doctor degree from Detroit College of Law, now known as Michigan State School of Law, in 1993.

In 1993, he was admitted both to Maryland Pennsylvania Bars. After being admitted to practice, Will spent time as an associate with the Law Office of Joseph Mahoney and, in 1995, became a solo practitioner by founding his own law firm.

Mr. Riddle has a winning record in hundreds of jury trials and bench trials since he started his practice in 1993. He has tried cases in Cecil County, Maryland and surrounding counties and argued appeals before the Court of Special Appeals.

Will continues to further his legal education by attending educational seminars and updates on a wide variety of topics. He has attended the National Highway Traffic Safety Administration class on DUI/DWI which is the same class that law enforcement attend for training. Will received a certification from this class and learned how to use, and therefore defend against, the Intoximeter which is the same device used by Maryland law enforcement to determine blood alcohol concentration. By taking this education seriously Mr. Riddle is able to provide clients with cutting edge defenses and strategies.

Mr. Riddle is a resident of Elkton where he lives with his Wife and two children. He is an avid golfer and enjoys travel with his family.

He has been appointed to serve on the Second Circuit Judicial Selection Committee by the two previous Governors of the State of Maryland.

View the firm’s profile at FindaCriminalDefenseAttorney.com.