Serious Defense for Serious Offenses
Unlike some states, the state of Maryland does not classify crimes by a category of A, B, or C; instead, the degree and seriousness of the crime is a direct interpretation of the crime itself. Felony crimes are considered to be incredibly serious crimes that require at least a one-year minimum sentence in prison as penalty for the crime committed.

If you were arrested in the state of Maryland and charged with a felony crime, then it is important that you work with an attorney who can help defend your rights and freedoms. At William F. Riddle, Attorney at Law, you can rest assured that our team will aggressively fight to help you defend your case and your rights. Maryland recognizes the following crimes as grounds for felony charges:

Homicide
Homicide is the illegal taking of another person’s life either by murder (both first-degree premeditated and second-degree aforethought murder) or felony murder, such as the murder of a police officer or a murder during the course of a carjacking or robbery. Manslaughter, including vehicular manslaughter or negligent manslaughter, can be charged as a felony as well.

Robbery
Robbery is a serious crime that involves the taking of someone else’s property by force or threat. Armed robbery, aggravated robbery, carjacking, or bank robberies are all considered felony crimes.

Assault
Aggravated assault, such as an assault with a firearm or deadly weapon, can be a felony charge. This can also be charged in conjunction with battery, such as in an assault and battery case.

Let Us Defend Your Case 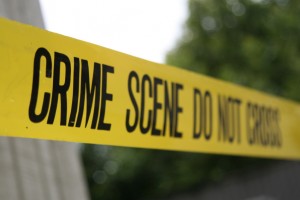 These charges are extremely serious and require the consultation of an experienced legal professional. At our firm, we have more than 22 years of combined legal experience in assisting our clients reach favorable outcomes for their cases. Our team can help you build a strong defense for your felony case and fight for your rights and freedoms. If you are convicted of a felony offense, you may risk facing federal crime charges as well as serious penalties at the local and state levels. You will have to spend at least a minimum of one year in prison, pay serious fines, and spend a lengthy amount of time on probation. After a conviction, you will have a permanent mark on your record as a felon, which can cause serious consequences such as difficulties obtaining jobs and housing in the future.

If you have been arrested or are under investigation for a felony offense, you need to schedule a case evaluation today with a Cecil County criminal defense lawyer at William F. Riddle, Attorney at Law!